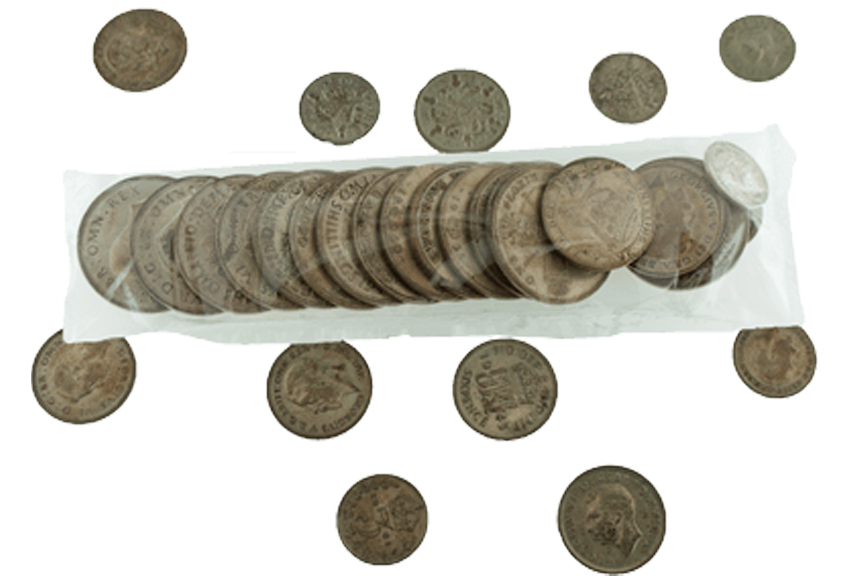 The story of silver coins charts the ups and downs of UK history, from the Middle Ages right the way through to the 1940s, when silver was effectively phased out of actively-used coinage. One thing you might not be aware of is the varying purities of the different types of silver coins in your possession. Depending on when your coin was minted, you could expect to sell your coins and fetch a completely different value.

A matter of purity

In the Middle Ages, original English silver coins often carried the highest purity available, known as fine silver. However, the coins suffered from easy wear and tear, prompting the authorities to start minting silver coins with a slightly less than pure content using harder alloys. Copper was often added at 7.5 per cent, with some of the purest silver coins going forward being 92.5 per cent silver for much of English and UK history.

However, if you happen to find UK-based silver coinage from days gone by, it’s more likely to have been minted closer to the 20th century, which is when the currency underwent a radical overhaul. That’s because any silver coins minted up until 1920 retained that 92.5 per cent purity. As world wars, economic depressions and other factors weighed on the British economy, the content of coinage was debased towards cheaper metals instead.

As a result, coins minted between 1920 and 1946 saw silver content reduced dramatically to 50 per cent. The remaining half of the coin’s content was often consisting of manganese and traces of other cheaper metals, which often causes old coins to darken in colour over time. Such a move has a significant impact on the valuation you can expect to gain from your coin, and lower silver content has a dramatic impact on its appearance relative to more pure-silver ones.

By 1947, silver coinage had well and truly had its day, being phased out of use almost altogether. While the average silvery coin in your wallet might give the appearance of true silver once more, it’s more likely a trick of the eye: nickel-plated steel is the go-to in more recent times, giving coins the look of silver but with metals that are far more resilient to wear than purer silver. Modern coinage might look like the real thing, but its value is far lower and better use to you as spending money.

UK Scrap Gold has its very own Scrap Silver Calculator, which allows you to ascertain how much a typical silver coin could potentially be worth. With silver yielding 44p per gram at .925 (92.5 per cent purity), you might need a fair few coins to generate the kind of money you would expect from a smaller haul of a more valuable precious metal like gold.

The date your silver coin was minted will have a significant impact on its purity, especially if you’re having to determine whether it was pre-1920 or not. UK Scrap Gold are specialists in all things related to precious metals, and we would be happy to help assess your coins to make sure they’re the genuine article. Give us a call today on 01902 623 254.